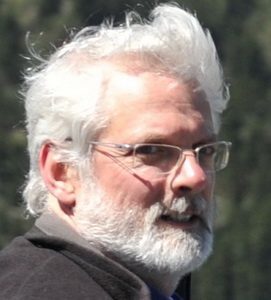 “Climate change is one of the greatest threats to human societies and, it is increasingly recognized that actions to reduce the impacts of climate change have to be taken,” said Dr. Werner Kurz, one of the keynote speakers at the IUFRO 125th Congress in Freiburg.

“Forests and forest sector activities can contribute to the sinks that remove greenhouse gases from the atmosphere. Therefore the topic of my presentation is highly relevant from both scientific and policy perspectives,” he said.

There is an urgent need to keep global temperature increases well below 20C – the goal of the Paris Agreement – that will require net negative emissions in the latter part of this century. And those can only be achieved by simultaneously decreasing emissions from the burning of fossil fuels and by increasing sinks, he added.

Dr. Kurz, a senior research scientist with the Canadian Forest Service of Natural Resources Canada, has been researching the role of forests and forest sector activities in the carbon cycle for the past 25-plus years.

He also leads the development of Canada’s National Forest Carbon Monitoring, Accounting and Reporting System and the Forest Carbon Management Project of the Pacific Institute for Climate Solutions.

Dr. Kurz has co-authored six reports of the Intergovernmental Panel on Climate Change (IPCC) and has published over 125 peer-reviewed scientific papers. He also serves as adjunct professor at the University of British Columbia (UBC) and at Simon Fraser University. He holds a PhD in Forest Ecology from UBC and an honorary doctorate from the Swedish Land University. In 2016 he was appointed an international fellow of the Royal Swedish Academy of Agriculture and Forestry.

His research focuses on carbon dynamics in forests and harvested wood products and ways in which the forest sector can contribute to climate change mitigation.

Those research interests will be front and centre when he gives his IUFRO Congress keynote address – The Potential Contribution of the Forest Sector to Climate Change Mitigation. 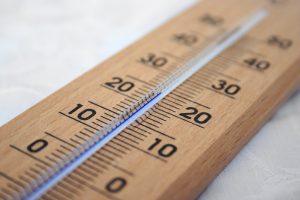 Dr. Kurz said the design and assessment of climate-effective mitigation strategies in the forest sector require a systems perspective to quantify changes in emissions in three components: forest ecosystems; harvested wood products; and the change in emissions associated with wood and biomass use when they are substituted for high-emissions materials such as concrete, steel and fossil fuels.

He added that several studies quantify the impacts of mitigation actions relative to a baseline and demonstrate that actions to reduce emissions in one of the three components typically increases emission in other components.

In his presentation he said he will “reinforce a few key points on the opportunities, the risks, and the need for analyses of the options using a systems approach, because failure to do so may promote forest sector actions that are not helping the climate.

“Failure to act soon, with actions that are both climate- and cost-effective, will only increase the atmospheric concentrations of GHG. That will mean a greater risk of climate feedback mechanisms such as forest fires, insect infestations and the release of carbon from peatlands – witness the peatland fires in Greenland this year – and permafrost, he said.

“As an aside, forest fires in British Columbia alone this summer have now surpassed 1 million ha – and preliminary estimates are that these will emit more than three times the amount of carbon dioxide equivalent (CO2e) that is emitted from all other sectors in BC combined. And the fires are still burning with more warm and windy conditions in the forecast.

“The point is, the longer we delay taking action, the greater the risk that climate change impacts will exceed 2 – and more – degrees C in global temperature increases which increases the risks of climate feedbacks,” he said.

He expects that the information he presents will be completely new to some, while others will have a deep understanding of the issue.

His main concern is that he is “not sure how widely the need for urgent actions is understood.” His hope is that his presentation will help achieve “greater understanding and awareness of the problem and the urgency of the situation. 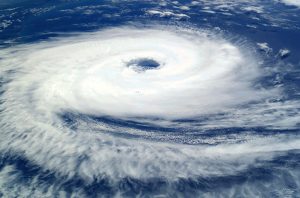 “We owe it to future generations that this generation act now to avoid catastrophic impacts,” he said. “And while no single event can be attributed to climate change, if you consider what has been happening in the last weeks alone you will realize that all of these events are consistent with the scientific predictions of climate change impacts.

“The argument by critics that the costs of action are too high, is increasingly invalid as the costs of inaction are mounting. Hurricane Harvey in Texas is already considered one of the most expensive “natural” disaster in US history,” he said.

In his presentation, Dr. Kurz said he will try to “raise the awareness of the urgency of the situation, without causing undue fear, or paralysis to act, and then provide some concrete examples of what can be done by our own forest community.”

He will also touch on a couple of fallacies, he said. As an example, “there are those who think that importing pellets from the US and Canada for the production of bioenergy in Europe will contribute to climate change mitigation. This is based on a bad policy assumption that emissions from the burning of pellets are carbon neutral. But this is wrong.”