John Parrotta, the national program leader for international science issues in Forest Service Research and Development, is a co-author of “Forests, Trees and Landscapes for Food Security and Nutrition: A Global Assessment Report” recently released by the International Union of Forest Research Organizations, or “IUFRO.” The report says that although conventional agriculture will remain the major source of food for people around the globe, the link between forests and food production and nutrition could be a key to ending world hunger. 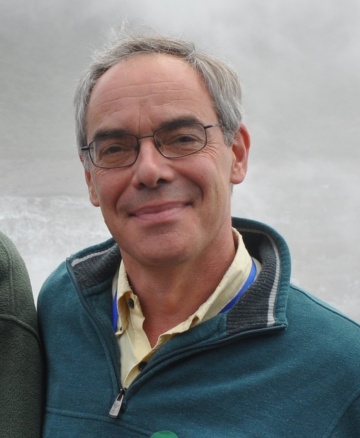 Question: What made you choose a career in international forestry?

JP: For me, this was a gradual process. I’ve always had a deep connection to, and interest in, forests and their relationship to people, having grown up in the suburban-rural hinterlands of northeastern Massachusetts. As I went through my undergraduate education, I gravitated towards the field of ecology, hoping that I would eventually figure out a way to earn a living doing the kind of work that I would otherwise do simply for fun.  By the time I was in graduate school, studying ecology at the University of Aberdeen (in Scotland) and then specializing in tropical forest ecology and management at Yale University, I realized that it was actually possible to create a career that combined my academic interests in forest ecology with my love of travel, and my belief (inherited from my parents) that it is important to try to make a positive difference in the world. My first big break in this direction came in 1991 when I was hired by the Forest Service’s International Institute of Tropical Forestry. I had already been working in Puerto Rico for seven years, first on my Ph.D. dissertation and later as a research scientist with the University of Puerto Rico. It was during these years in Puerto Rico, from the early 1980s until moving into my current position in the Washington Office in 2000, that I was able to “go global” with my research. I continued my field research in Puerto Rico, but also initiated a number of other research projects in the Amazon and Atlantic Forest regions of Brazil, in India, and collaboratively with other research colleagues in a number of other countries worldwide. It was also during this time that I first became involved in IUFRO, which has opened up so many opportunities to work with, and learn from, so many colleagues from throughout the world on research topics and important forest policy issues. Those issues have been related to tropical forest conservation and restoration, traditional forest knowledge, forests and climate change and, most recently, forest and food security.

Question: What is the biggest challenge you and others in your field are dealing with?

JP: One that I’ve been trying to deal with in recent years is the need to synthesize what we know about forests and how to conserve, manage and restore them, and translate this knowledge to those who can really use it to solve the many problems we face in the world today. It is not enough to do good research, publish it, and assume that just because our peers in forest science have access to it, and may actually read it and use it to further their own research, it will somehow serve to enlighten and guide the actions of the public, land managers and policy makers. This is rarely the case. I’ve learned the importance of listening to decision-makers (and non-scientists more generally) about their perspectives and knowledge on issues, and the context in which they are having to make decisions, which is usually much more complex than I or other scientists and technical experts may realize. The conversation about possible solutions to which forest science can contribute needs to proceed on the basis of respect and mutual understanding. Once trust is established, and the questions that are important to these potential users of our research are properly framed, then we are in a much better position to use our knowledge and skills to provide answers to these questions.

A good example of this process are the IUFRO-led Global Forest Expert Panels, an initiative of the Collaborative Partnership on Forests, an informal, voluntary arrangement among 14 international organizations and secretariats with substantial programs on forests. Over the past eight years, these panels have communicated effectively to a variety of audiences IUFRO assessment reports that summarize the state-of-knowledge on important and emerging issues related to forests and the people who depend on forests. The topics of these assessments, and the specific questions addressed in the assessment reports, are developed through consultations with those engaged in international forest policy discussions. These assessments look at issues from a multi-disciplinary perspective, considering both the biophysical and socioeconomic aspects of issues in an integrated way that serves the needs of decision makers.  They are written in a language and style that provides answers to the questions that policy makers consider the most relevant in the complex decision-making environment in which they work.

Question: If you could live in or near a forest anywhere in the world, where would it be?

JP: Tough question! There are so many wonderful forested landscapes on our planet, and such a diversity of peoples and cultures associated with them. I’ve had the privilege of experiencing quite a variety of these places in a number of countries worldwide, and have gotten to know and appreciate some areas very well in the countries where I have done research work over the past 30 years – particularly in Puerto Rico, Brazil and India.  But I suppose it would be the forests of eastern Massachusetts, where I grew up, that I feel the closest connection to, so maybe that’s where I ultimately belong.

This text has been originally posted on the USFS Blog, http://www.fs.fed.us/blogs/conversation-conservation-leader-john-parrotta, by Diane Banegas, Forest Service Research & Development, on October 5, 2015.