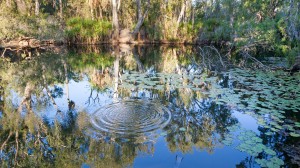 With that in mind, the IUFRO 2015-2019 Strategy focuses on five research themes: Forests, Soil and Water Interactions; Forests for People; Forests and Climate Change; Forests and Forest-based products for a Greener Future; and Biodiversity, Ecosystem Services and Biological Invasions.

Regarding forests, soils and water specifically, the IUFRO Strategy notes several knowledge gaps and uncertainties related to those areas, in particular the impacts of climate change, forest management and soil conservation on water supplies.

The importance of this is that forests play an integral role in the globe’s supply of clean water, and also in stabilizing and protecting soils from erosion. Much of the world’s freshwater is provided through forested catchments. Forests protect many dams from siltation and contamination from various pollutants and also protect groundwater systems from pollution. In addition, both soil and water are essential drivers of forest health and growth.

But increasing demands for agricultural and urban land as a result of increasing populations and more affluent lifestyles, often put forests under pressure. In many regions this pressure will be exacerbated by climate change.

And so, to fill those knowledge gaps and replace the uncertainties with some degree of certitude, a IUFRO Task Force on Forests, Soil and Water Interactions, coordinated by Professor Richard Harper of Murdoch University, Australia has been set up. Members of the Task Force come from across all continents and bring a range of perspectives.

The specific aim for the Task Force will be to provide the basis for coherent management responses that build on an enhanced understanding of forest, soil and water interactions. These responses will also be informed by consideration of economic and cultural factors that affect adoption of new approaches and technologies.

“We know that physical and human landscapes affect management policies and practices, as do political and market forces. Given that, our focus on forests, soil and water has to take into consideration the other four IUFRO themes,” Professor Harper said. “So, our approach will be to develop linkages with scientists from the other (IUFRO) themes, industry and other international agencies. Rather than organizing new meetings, we’ll build sessions into meetings organized by others.”

Professor Harper indicated the Task Force is considering, among other things, organizing a set of on-line 10-12 minute discussion pieces from various thought leaders on different aspects of forests, water and soils (science, policy, industry, user groups). These would be aimed at policy makers, decision makers and practitioners and encompass (a) large-scale synthesis, (b) the cutting edge of science, (c) regional studies, and (d) controversies and emerging issues.

This Task Force’s activities are aimed at supporting the goals and objectives of the Five-year Forests and Water Action Plan, which will be launched during a two-day special event at the XIV World Forestry Congress in Durban, South Africa on Wednesday, 9 September 2015.

Drafted over the past two years by an expert group and partner organizations from around the world – including IUFRO – the plan calls for action in the areas of science, policy, economics and practices for forests and water.