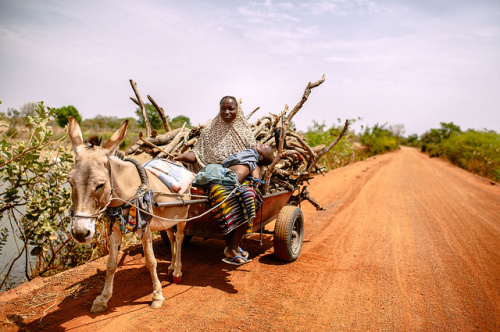 “We need to know how and in what context women and men find themselves able to deal reliably with the unequal effects of climate change,” said Arora-Jonsson, keynote speaker at an event hosted by the International Union of Forest Research Organizations (IUFRO) at the Global Landscapes Forum (GLF), on the sidelines of the U.N. climate talks in Warsaw, Poland.

“We need to examine how exactly vulnerability is produced in particular places and in relation to outside forces. Development policies need to be flexible and provide for diversity. We also need to understand our own role in propagating myths about gender.”

Gender should be viewed as a category of analysis through which power relationships among men and women in environmental work and climate change can be understood, she said.

Most climate change literature tends to perpetuate the notion that women are more vulnerable and more virtuous — that they are more environmentally friendly — than men, Arora-Jonsson said.

These two assumptions are based on three assumed truths about women: “women in general are the poorest of the poor; women are more prone to die in natural calamities; and women are more environmentally conscious.”

“No scientific evidence has ever been cited to show that this assertion actually holds,” Arora-Jonsson said.

She also challenged statistics that claim that women are 14 times more likely to die in natural calamities caused by climate change.

“There’s no way to properly substantiate this fact,” she said. “It could be true, but we have no way to know if women will die more where they are socio-economically disadvantaged. What we can say about disasters is that they exacerbate existing inequalities.”

“Most pernicious is that gender is made invisible in debates over climate change — in pictures of climate change negotiations you see a definite lack of women in decision-making roles,” Arora-Jonsson said. “By assuming that we already know what women are like there are no efforts to understand the nature of relationships that produce vulnerability and how they might be changed.”

We need to challenge our own blind spots and put gender research into practice, said Esther Mwangi, a senior scientist with the Forests and Governance Program at the Center for International Forestry Research (CIFOR).

“In the gender arena there’s been lot of very good research and knowledge generated on the landscape approach, but unfortunately not much of it has been used to advance or create actions that advance gender equity — this is an ongoing puzzle and we need to think about how different actions can advance our goals of gender equality,” said Mwangi, whose recent research suggests that women take a more active role in the forest communities when institutions are more inclusive, households have more education and when there is greater economic equality across genders.

For further information on the topics discussed in this article, please contact Esther Mwangi at e.mwangi@cgiar.org

Virtue and vulnerability: Discourses on women, gender and climate change

Linking gendered knowledge with gender-responsive action in the landscape — what works?

The video of the session can be viewed here: https://www.youtube.com/watch?v=wiSxyhb0WXY