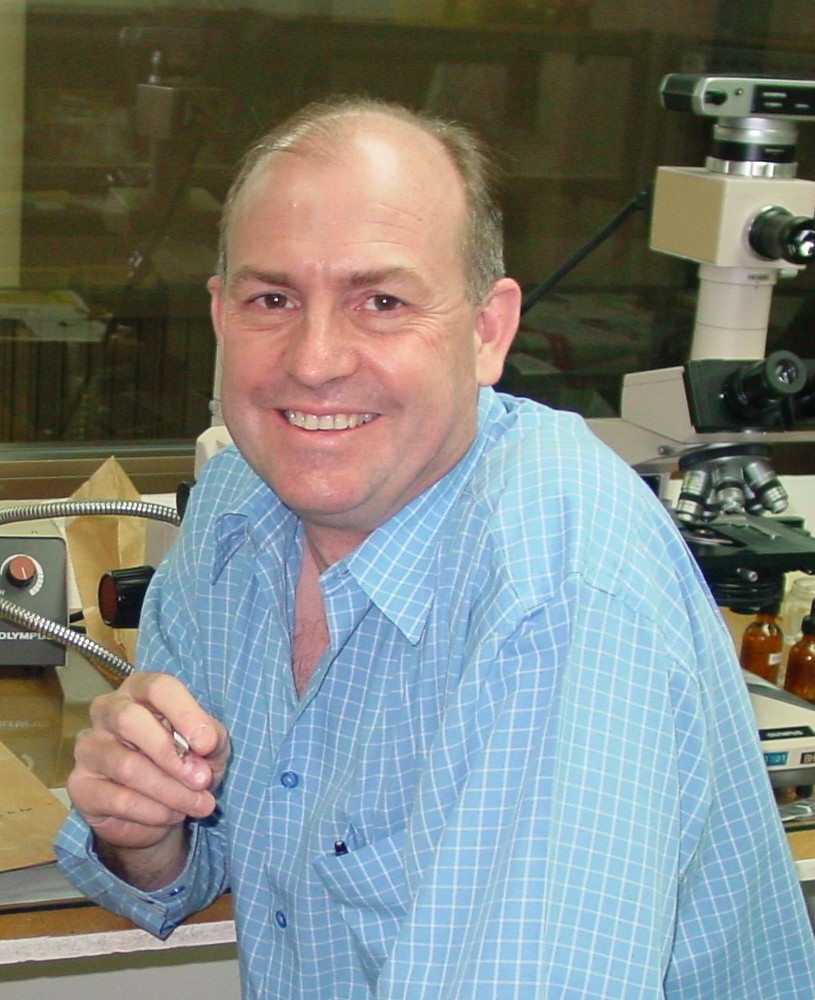 I have the privilege to lead a very exciting research institute that has a strong focus on various aspects of forestry genetics, biotechnology and tree health.  What I think is important to recognize is that forestry is an incredibly broad discipline and the forefront of research in forestry stretches across the biological and natural sciences, engineering and the social sciences.  In this respect, it is difficult to clearly define forest research, let alone understand the forefronts of research in this field.

One of the beauties of IUFRO is that across the nine Divisions, it is possible to capture the cutting edge of research across this incredibly broad front.  Our challenges are many.  Forestry has in many parts of the world been pushed aside as being relatively low key.  I think that this is unfortunate as some fabulous science is being conducted in fields that might broadly be defined as forestry.  In my view, our challenge is to publish in the best journals linked to our specific disciplines, yet also proudly see ourselves as researchers in forestry.  In this way, we will succeed in drawing the best students to forest research and ensure that the discipline grows and flourishes in the future.  IUFRO has a special part to play here.

Q.: As a forest protection specialist, you are involved in research projects not only in South Africa but worldwide. Why is international cooperation important for you as a scientist and for your institute as a forest research organization?

At least in the field of forest pathology and forest entomology – FABI includes various other forestry disciplines – we face huge challenges in terms of new pests and pathogens being moved around the world.  As worldwide trade and travel increases, we see pests and pathogens moving with wood products, plant germplasm (seeds and planting material) and importantly through the nursery trade.  For example, the so called “plants for planting” trade is a huge threat to the world’s forests, forestry and global biodiversity.

In order to understand these threats, one must rely very strongly on a network of colleagues in many parts of the world who are aware of the pests and pathogens present in their countries.  Collaborative research with a global reach provides one of the strongest means to study and better understand the risks and trends relating to tree pests and pathogens.  I have been very privileged, together with my colleagues and students, to work on tree health projects in many different parts of the world.  This has added great value and breadth to our research.  From the personal point of view, I can think of nothing more pleasant than to work with and get to know people from different language and cultural backgrounds.

Q.: You have been associated with IUFRO for many years, first participating in Working Party activities in the late 1970’s.  What were your expectations and what were the milestones on your way to becoming Vice-President of this global network of forest science cooperation?

I was drawn to IUFRO by one of my early mentors and a wonderful forest pathologist Dr. Ian Gibson.  We had no email in those days but in a letter to me from London, he suggested that I would “benefit” from being involved in a Working Party that he led.  I had little idea what he meant at that time but his advice was incredibly valuable to me.  My association with IUFRO, participating in Working Party meetings enabled me to meet other researchers and to participate in an amazing global network of friends and collaborators. As the years passed and I became involved in the management of IUFRO at different levels, I have had the opportunity to meet great people who have provided me with support and exposed me to the broader forest research community.  I am convinced that my association with IUFRO has advanced my career substantially, and I can see it doing the same for my younger colleagues and students.

Q.: IUFRO’s scientific work has traditionally been organized in so-called “Divisions”, reflecting the major branches of forest science, with Research Groups and Working Parties where scientists get actively involved. How do you see the role of these “Divisions” and can they respond to current trends and needs in forest research?

The Divisions of IUFRO have grown organically with groups being added as disciplines related to forestry grow and change. IUFRO is flexible and inclusive, allowing easy incorporation of new areas of research.  Some would argue that the Divisional structure is quite rigid and difficult to change. But at least in my experience over the last 30 years working at various levels of IUFRO, many changes have been made and I don’t think that there are areas that we are not dealing with.

Having said that, IUFRO’s strength lies at the grass roots and it is in many ways a “bottom up” type organization.  The power lies in the Working Parties and the research initiatives that members of Working Parties undertake.  I have often been very surprised at the “energy” that exists at the Working Party level, in many cases having been active for decades. As Vice President for the Divisions, I have been reminded of this energy.  Having attended a number of WP meetings recently, I have little question that IUFRO and its Divisions respond well to current trends in Forest Research.  I think it is also important to remember that IUFRO’s core focus lies in research and there is no other single organization performing the same role.

Q.: As Vice-President for Divisions, do you have any suggestions on how to make the work in the Divisions even more efficient so as to increase the visibility and impact of achievements?

There is much that I could say in response to this question.  Division Coordinators have worked exceedingly hard in recent years to boost their activities and to promote their activities.  There is always space for greater efficiency but it is important to recognize that all of those researchers participating in IUFRO at every level including leadership of Divisions, Research Groups and Working Parties do this voluntarily. Given this fact, it is quite amazing how many IUFRO Working Party and other meetings are held every year.

I think we could use the internet more efficiently to promote our impact.  A key start has been to establish internet list servers that are increasingly being used by IUFRO members to communicate with each other.  Certainly in Division 7 Forest Health, where I have had greatest experience, we would be lost without FORPATH, FORENT and FORCLIMAIR.  Another area that I think we could be more efficient is in our responsiveness to new and important developments. There are various plans afoot to add value here.

Q.: Your term of office will last until the next IUFRO World Congress in October 2014 in Salt Lake City, USA. What do you hope for IUFRO in particular and forest research in general to have achieved by then?

We have an important new strategy that will underpin our key activities up until the next World Congress.  A hugely important element of this strategy has been to establish Task Forces to deal with each of the key elements of the strategy.  Work is well underway with many activities planned and I know that Divisions are already closely engaged in participating in the activities of the new Task Forces. My hope is that by the end of our – all too short – four year term, we will have made substantial progress in understanding and promoting our six thematic areas underpinned by the Task Forces.  These are surely the most important issues facing forestry today – Climate Change, Biodiversity and Conservation, Water Interactions, Future Resources, Bioenergy and the importance of Forests for People.

I will add to this a matter close to my own heart and great hope that we have had for many years.  This is to promote forest research in Africa. Towards this end, we will hold the first ever major IUFRO – FORNESSA Regional Congress in collaboration with ITTO and the African Forest Forum in Kenya next year and I know that this will make a great difference to a much neglected part of our world. Other regions will, of course, follow, such as Latin America, but this will be a good start.

The interview was published in IUFRO News 9/2011 at http://www.iufro.org/publications/news/electronic-news/io-news-1109/.