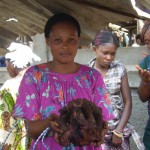 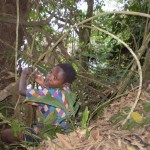 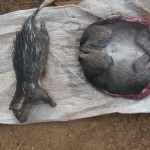 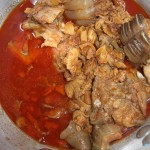 Dear all;
i am very happy to see my contribution on bushmeat trade in Kisangani.
I am for evry body

The economic cost of raising wild animals is above the costs of hunting in many places in Central Africa. What incentives could people have to switch from hunting to domesticating?

Shouldn’t the killing of our closest relatives, the anthropoid apes, who are also often sold and eaten as bushmeat, be criminalized regardless of reasons?

Great apes represent often less than 0,5 % of the total biomass hunted in Central Africa, therefore baning all bushmeat trade with the aim to protect great apes is probably not necessary. What we need to do is to distinguish the trade of resilient and common species, with the trade of endangered or protected species and find different management solutions to target different problems.

Most wild animals eaten as bushmeat can be domesticated. Grass cutter (Cane rats), Antelope (DuiKers) , etc. are already being reared in West Africa, particularly in Benin Republic and Nigeria.It can be done anywhere in the tropical region.